The power of Company Culture : numbers speak for themselves

There is a correlation between clearly articulated and lived culture and strong business performance.

Culture impacts every corner of your business. Leadership stays on the same page.Employees are happier and, therefore, more engaged. Prospective employees are more interested in joining and staying with your company. Perhaps most importantly, all these components work together to give your company its competitive advantage.

"
The greatest competitive advantage in the modern economy is a positive and engaged brain.

Don’t believe us? We’ll let the numbers speak for themselves. Check out the below statistics on the power of company culture.

3. Being named a Best Place to Work is associated with a 75% stock jump. (Source: Glassdoor)

5. 82% of respondents to this survey believe that culture is a potential competitive advantage. Source: Deloitte USA, 2021, Core beliefs and culture - Chairman’s survey findings.

6. Only 12% of executives believe their companies are driving the ‘right culture’.

7. Fewer than one in three executives (28%) report that they understand their organization’s culture. They know culture is important, but don’t understand it.

Why are so many leading companies emphasizing the company culture for success? Isn’t it all about productivity and output? Turns out, culture has a vital role in the company’s success story. Culture and inclusivity have never been more important than today for the employees. So much so that it might become the major deciding factor for talent acquisition in the coming times. But why? How did culture dominate over all other factors? Let’s see how.

Every corporation aims to build its brand, a brand that everyone aspires to join or be. While many different factors come together in building a brand, one of the crucial parts is company culture. Culture defines how an organization carries out its business, internally and externally. While the internal interaction weaves the working environment for its people, external interaction governs how they interact with the outside world. This develops a brand image that everyone identifies with.

2. Distinguishes you from competitors

What distinguishes a company from its competitors? After all, everybody is providing similar products and services, with minor differences. How does one stand out, then?

This is where the company’s culture comes into play. The kind of culture a company develops and nurtures, dictates its approach towards its people. This is a major factor today in attracting new talent, as the youth mostly prefer company culture over other factors. And a great talent pool obviously generates better results. According to a report released by Forbes, companies with strong cultures saw a 4x increase in revenue growth.

A team that nurtures positive culture witnesses more collaboration and care.Employees tend to work together in such environments, where they are encouraged to communicate more frequently and openly on any topic. In fact, a research from Deloitte found that inclusive teams outperform their peers by 80% on team assignments. An inclusive team also opens up opportunities to include team-bonding activities to encourage employees to be more vocal and inclusive at their work. 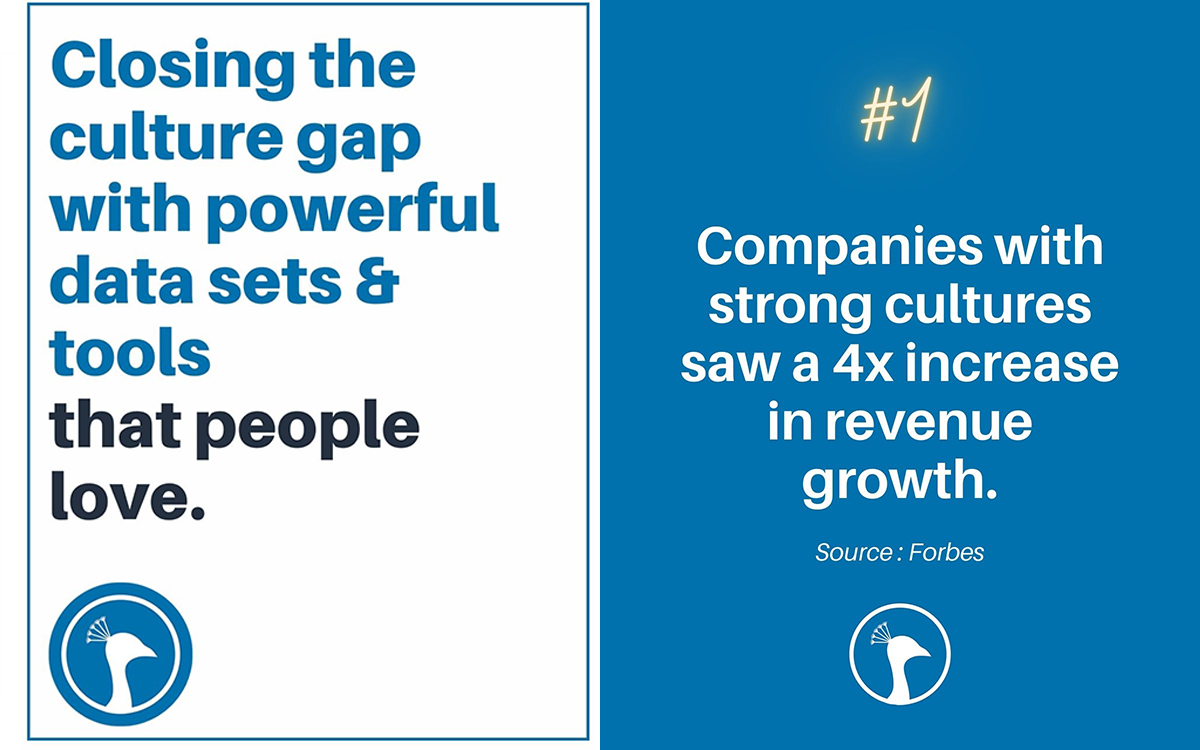 This may sound uncanny to some, but it is a fact. Employee wellbeing is related to the company’s culture. Negative culture can have a direct impact on employees’ health. Workplace Insight reports that work-related stress is the second greatest cause of occupational ill-health, resulting in 45% of working days lost .A positive culture keeps people motivated. A peaceful space creates peaceful minds, keeping employees calm and composed, both at work and at home. This helps them in being more productive and more loyal to their employers. An ideal culture is knitted around the people for their wellbeing, both physical and mental. So they’re not distracted and disturbed by any unwanted nuisance and focus more on the task at hand. The more the employer dedicates their time and effort towards employee’s wellbeing, the more loyal workforce they create.‍

5. Scope for learning and feedback culture

A healthy company culture creates a learning space.A workplace that thrives on learning and innovation carves its path towards success. A positive culture focuses on continuous learning, generating curiosity, questioning, experimenting, and seeking knowledge & information on multiple aspects, to bring new ideas and discussions on the table.A Workplace Insight study states that teams who perform better in engagement, witness a 41% reduction in absenteeism and 59% less turnaround. They tend to show up every day with enthusiasm and energy to work. Who knows, this culture might bring an idea for a new vertical or new business venture. To reiterate the importance of company culture, the Wall Street Journal reported that during the Great Recession, companies that successfully instilled corporate values in their teams and leadership demonstrated 26% profit gains, compared to 14% declines at similar companies.Culture has been playing an important role ever since the evolution of the concept of office and workplace. It’s time that every company realizes its role and works towards building a positive culture to retain talent, build an identity, and boost their growth.

And build a thriving culture with Listen Léon

The power of compliments is undeniable.

The power of compliments is undeniable, but it’s important to have certain rules in place.
Read full post
Compliments

Thanksgiving Conversation Starters: Questions for a Meaningful and Memorable Meal with Colleagues or Family

Thanksgiving is one of my favorite times of year: the change of seasons, quality time...
Read full post